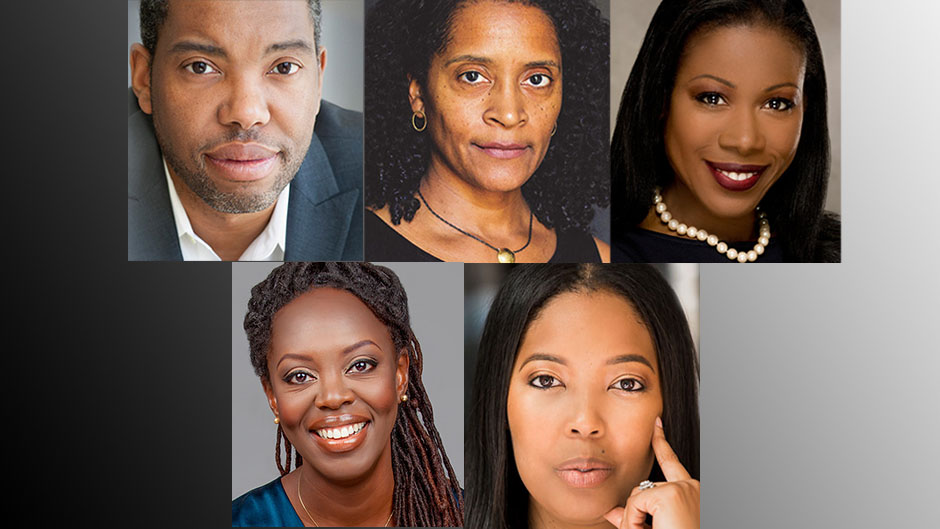 This year’s Annual Conference on the First-Year Experience® featured these PRHSB speakers who open eyes and spread inspiring messages about finding your voice and creating a better, more equitable society.

Did you join us at FYE? Contact us to bring these speakers to your next First Year Experience! And be sure to check out our virtual FYE booth for more information on our speakers in attendance.

Ta-Nehisi Coates is the acclaimed author of the National Book Award-winning book, Between the World and Me, which was just adapted into a television special of the same name for HBO and aired to critical praise. His 2014 Atlantic article, “The Case for Reparations,” was recently chosen as the best work of journalism of the decade by NYU’s Arthur L. Carter Journalism Institute. Coates also wrote the New York Times-bestselling We Were Eight Years in Power, which reflects on racism in America, Barack Obama’s landmark presidency, and the jarring aftermath that led to the election of Donald Trump. He addresses audiences across the country on urgent cultural topics, including mass incarceration, discriminatory social and economic policies, and his personal experiences growing up as an African American male in the United States.

Isabel Wilkerson is an acclaimed historian and journalist whose Pulitzer Prize-winning book, The Warmth of Other Suns, provides a comprehensive account of the Great Migration, illuminating a crucial period of Black American history. Her latest book, Caste: The Origins of our Discontents—which was longlisted for the National Book Award and was chosen as Oprah’s monthly book club pick—examines the unspoken caste system that has shaped America and shows how a hierarchy of social divisions still defines our lives today. Caste is nominated for the National Book Critics Circle Award and the PEN/John Kenneth Galbraith Award for Nonfiction, and the book is being adapted into a Netflix film directed, written, and produced by Ava DuVernay. Wilkerson brings the past’s complexities to vivid life through her passionate research and her profound gift for connecting with audiences of all backgrounds.

Brittany K. Barnett is an award-winning attorney and entrepreneur. Renowned for working on Alice Marie Johnson’s legal team in a case that brought Kim Kardashian West to the White House, Barnett has devoted her career to transforming the flawed American criminal justice system and our understanding of incarceration. Her memoir, A Knock at Midnight: A Story of Hope, Justice, and Freedom, is an Amazon Editor’s pick and is nominated for an NAACP Image Award. The moving book takes readers through Barnett’s beginnings as a law student, to her encounter with a criminal drug case that changed the trajectory of her career. In illuminating talks, Barnett sheds valuable light on our prison systems from the perspective of her multiple roles as a lawyer, a non-profit founder, and an entrepreneur.

Emily Bernard is a professor of American Studies at the University of Vermont specializing in the complicated history of race and racism in American culture. In her powerful essay collection, Black is the Body, Bernard reflects on blackness, whiteness, and the personal connections that can bridge racial divides. Bernard discusses her evolution as a storyteller, as well as the role of the classroom and personal relationships in the larger project of understanding the past, present, and future of race.

As an emergency room physician for over a decade, Dr. Michele Harper knows the value of bringing insight and empathy to the healing process. Her memoir, The Beauty in Breaking, is the powerful story of Dr. Harper’s journey toward self-healing, full of important lessons from her patients and her own experiences. As a Black woman in an overwhelmingly white and male profession, Dr. Harper is passionate about the persistent societal issues that impact patients and providers alike. In her talks, she confronts the policies and systemic racism in healthcare that have allowed the most vulnerable members of society to fall through the cracks, and she emphasizes how resilience and hardship can ultimately create meaningful personal and social change.

Megha Majumdar is an editor at Catapult whose debut novel, A Burning, was longlisted for the National Book Award and has appeared on numerous best of the year lists. Set in a contemporary India spinning toward extremism, A Burning relentlessly traces the lives of three characters whose fates become irrevocably intertwined in the wake of a devastating act of domestic terrorism. An extraordinary voice at the start of a brilliant career, Majumdar is a powerful advocate for fiction’s capacity to tackle issues of class, gender, justice, corruption, and political upheaval.