According to Linda Kaplan Thaler, one of advertising's most admired leaders, it is not native intelligence or natural talent that makes people excel—it's old-fashioned sweat equity and hard work. In her book Grit to Great, and in her inspirational lectures, Kaplan Thaler shows career-minded, achievement-oriented people—everyone from senior managers to personal assistants and aspiring college grads—that with the right attitude and determination, success is within reach. 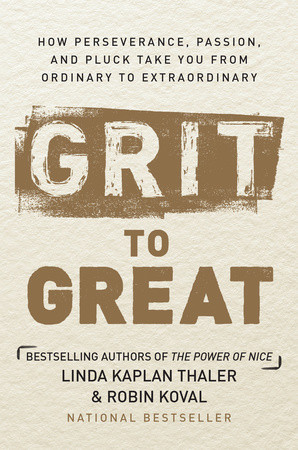 Written in the same short, concise format as The Power of Nice and leavened with the natural humor that characterizes the authors' lives–and books–Grit to Great is destined to be the book everyone in business needs.