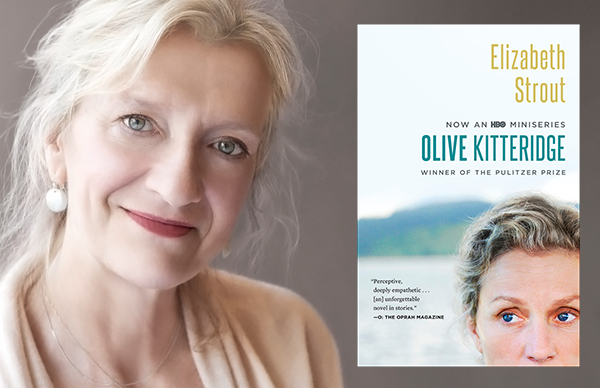 As USA Today wrote in their recap of the 2015 Emmy Awards presentation, “It seemed like the Emmys couldn’t go five minutes without the name ‘Olive Kitteridge’ being called.” The series, based on Elizabeth Strout’s bestselling and Pulitzer Prize-winning novel in stories, dominated the Limited Series Emmy Awards categories.

In addition to being named as the best limited series or movie, the series’s director Lisa Cholodenko, lead actress Frances McDormand and supporting actor Bill Murray, all walked away with awards.

When Elizabeth Strout’s novel first appeared in 2008 fans knew they were opening to the pages of her most powerful writing yet. Strout captured deep, luminous narratives about a small town in Maine, linked by the presence of the intriguing title character, Olive Kitteridge.

A riveting author and speaker, Strout captivates audiences with her distinctively New England stories and powerful narrative ability. Although the Emmys were a success, there is more cause for celebration: Elizabeth Strout’s new book, My Name is Lucy Barton, goes on sale in January 2016.

Contact us about booking Elizabeth Strout to speak at your next event.